To have the optimal experience while using this site, you will need to update your browser. You may want to try one of the following alternatives:

Fire: Dangers in the Aftermath 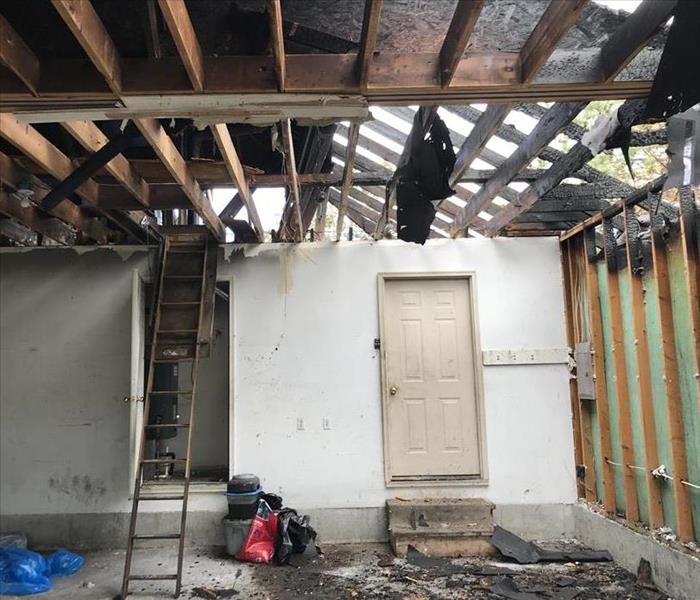 There’s been a fire at your home or business. Once the firemen leave, your first inclination may be to go inside the structure to see what you can salvage and start the cleaning process. But cleaning up after a fire is much more complicated than regular cleaning. It’s also very dangerous. Because once the last flame has been snuffed out, the dangers from a fire continue.

Since fire destroys all materials, the soot that covers everything you touch and that you kick up in the air is full of toxic substances. That’s why the highly trained professionals at SERVPRO of Nixa / Branson wear heavy duty personal protection equipment (PPE) on fire mitigation jobs until all the soot is removed. Here are some of the poisons found in the soot and ashes of a building fire:

One of the main aftereffects of a fire are odors. These can be difficult to remove without professional know-how and equipment. For instance, did you know that several factors can impact the strength of fire odors? Some of these are:

SERVPRO of Nixa / Branson has the knowledge and equipment to eliminate the diverse and pungent odors that occur after a fire. Besides the easily accessible areas, we also examine wall cavities, duct work, crawl spaces and plumbing chases to establish whether they also suffered any smoke or fire damage. We’ll ensure that they’re cleaned, repaired and that all traces of odor are removed.

So as tempting as it may be to rush back into your fire damaged home or business once the fire is out, play it safe and call SERVPRO of Nixa/Branson first so that we can safely make it “Like it never even happened."